On the road again

After six weeks in Blenheim— far and away the longest we’ve spent in one place since leaving home— we had mixed feelings about packing up and hitting the road once more.  Though the small town was by no means the wild New Zealand that we had come to see, we had grown quite comfortable here. There is something to be said for waking up and knowing what you will do that day, and where you will sleep that night. But having finished work, the time had come. We packed the car, tore ourselves away from our apartment, and said goodbye to the sea of vines we had become well acquainted with. 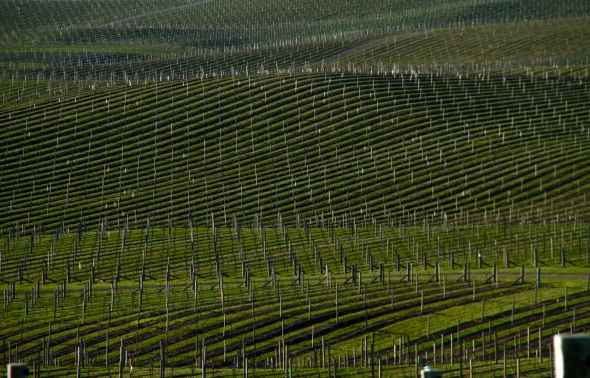 New Zealand’s endemic green hills reveal beautiful moments in flashes. Driving through, we catch glimpses of passing scenes between the vibrant grassy slopes. A breeze sweeps a cloud of rosy petals from a blossoming tree; tiny twin lambs doze in the morning sunlight; a hawk swoops and dives, seemingly for the pure enjoyment of flight.

Highway 1 parallels the coast most of the way south from Blenhiem, with rugged mountains rising to the right of the choppy, cold South Pacific. We arrived in coastal Kaikoura in the early afternoon to moody weather— wind-driven rain, plain old wind, and warm late day sunshine.

The next morning brought clear skies and slightly abated southerly winds. Kaikoura lies at the base of a small, solitary peninsula, which rolls out into the sea in a patchwork of hilly green pastures. At the weather-worn seaward end, high crumbling cliffs drop away into roiling turquoise surf, the inviting color disguising the assuredly frigid water.

A pathway winds along the cliffs’ edge and across the gently rolling hills, and we walked it in both directions, soaking up the views. Far below, fat seals rested on the rocky shores and sea gulls swooped just beneath the edge of the cliffs. Skittish cows grazed freely, very distrustful of the handfuls of grass we tried to lure them with. Looking west to the mainland, the green pastures ended at the imposing slopes of the Seaward Kaikoura range, snow covering their peaks. 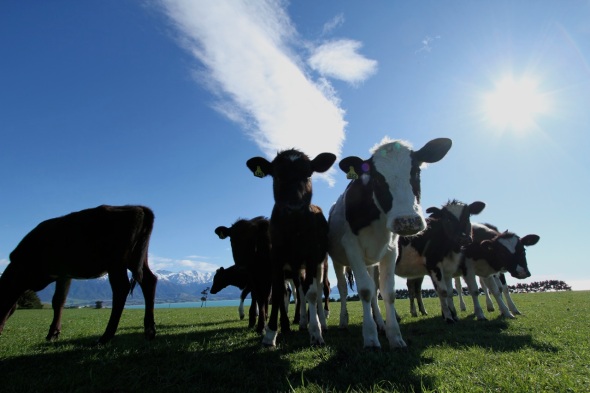